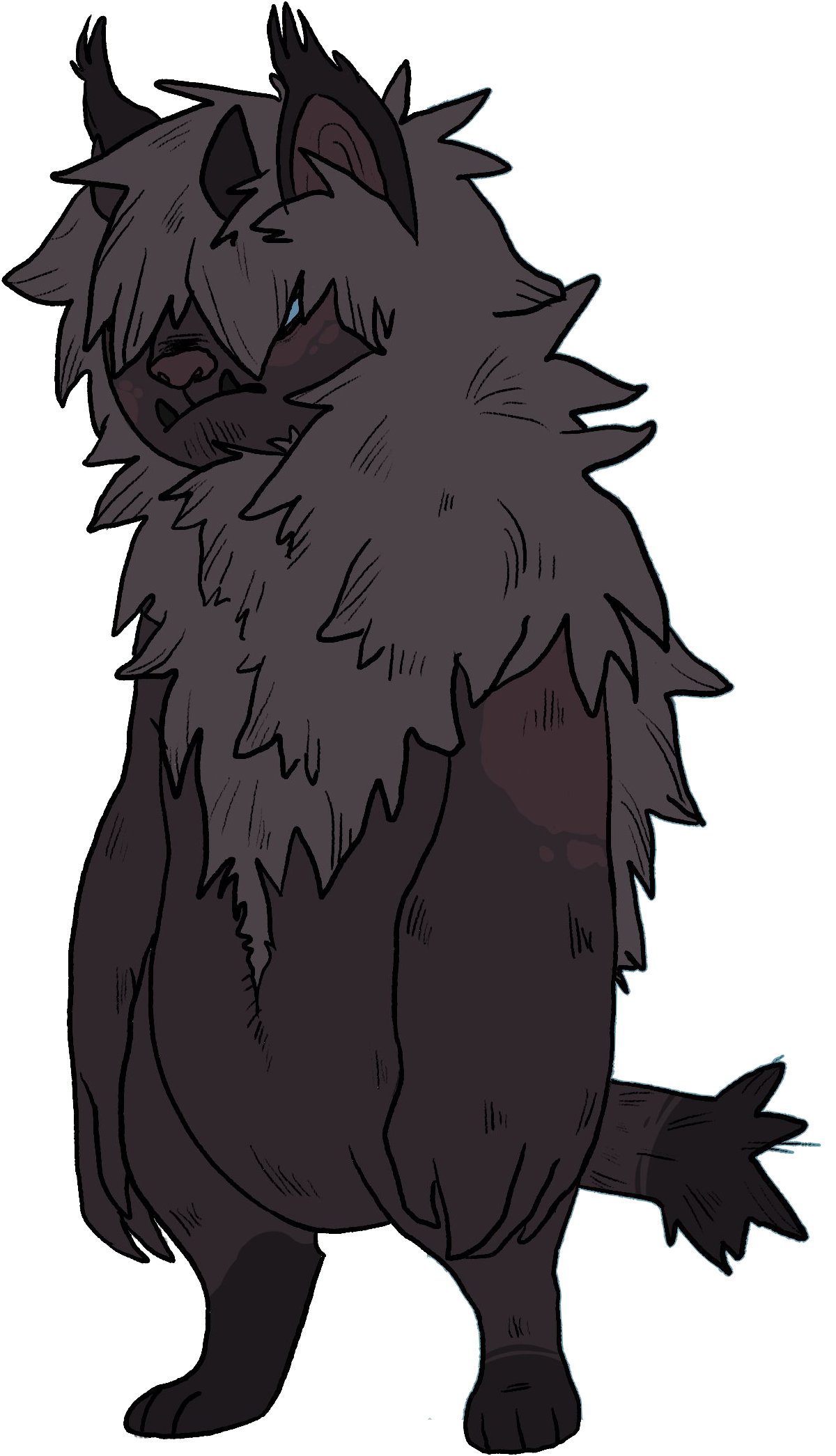 biology: Mountain Hircwn are the second smallest subspecies, with an average height of 5'-5'10. They are stocky, heavy, and built to handle the various climates of Funkplanet's mountains, with a particular affinity for snow. They are built for strength and are slower than their forest counterparts, with less stamina to exhaust. They rely on weapons to hunt faster prey so their strength isn't exhausted so easily.

Mountain Hircwn are shy, but quick to anger. When avoidance isn't an option, they turn to aggression, and running from a fight is hardly ever an option. Their strength allows them to take on foes larger than them, though it is uncommon for one mountain Hircwn to fight alone, so most foes find themselves quickly outmatched despite any size difference.

Mountain Hircwn are obligate carnivores, but they are able to digest plant matter and fruit when meat is scarce. They are known to eat every part of their prey, even the bones, and can go up to a week without eating anything, though this does cause their already weak stamina to deplete even further. They are mostly interested in trading for food for this reason.

Their colours are very low contrast and dependent on the climate of the mountains they live in to allow for better camouflage. Their paws are larger, with powerful claws to dig out tunnels for housing in the mountains. Their manes are thick and coarse, and don't often grow too long, and their tails are commonly only a few inches long and tipped with the same coarse fur. Fur patterns vary, with some Mountain Hircwn being completely covered in it, and others only having a scarce mane.

society: Mountain Hircwn value family and form close bonds with the other Hircwn in their village. They are friendly with those they trust and are known to huddle in groups during harsher winters. They live with a more what's mine is yours approach, with almost all resources in the village being communal.

They are generally isolated compared to other subspecies, though they invite lone travellers into their homes without hesitation, and often have inns within their village for such travellers attempting to traverse the mountains. Their homes are caves and burrows within the side of the mountain, dug out by hand, with some burrows at the base of the mountain for village guards to hide in should danger come their way. Most, if not all, of these burrows are connected to make travelling between homes easier.