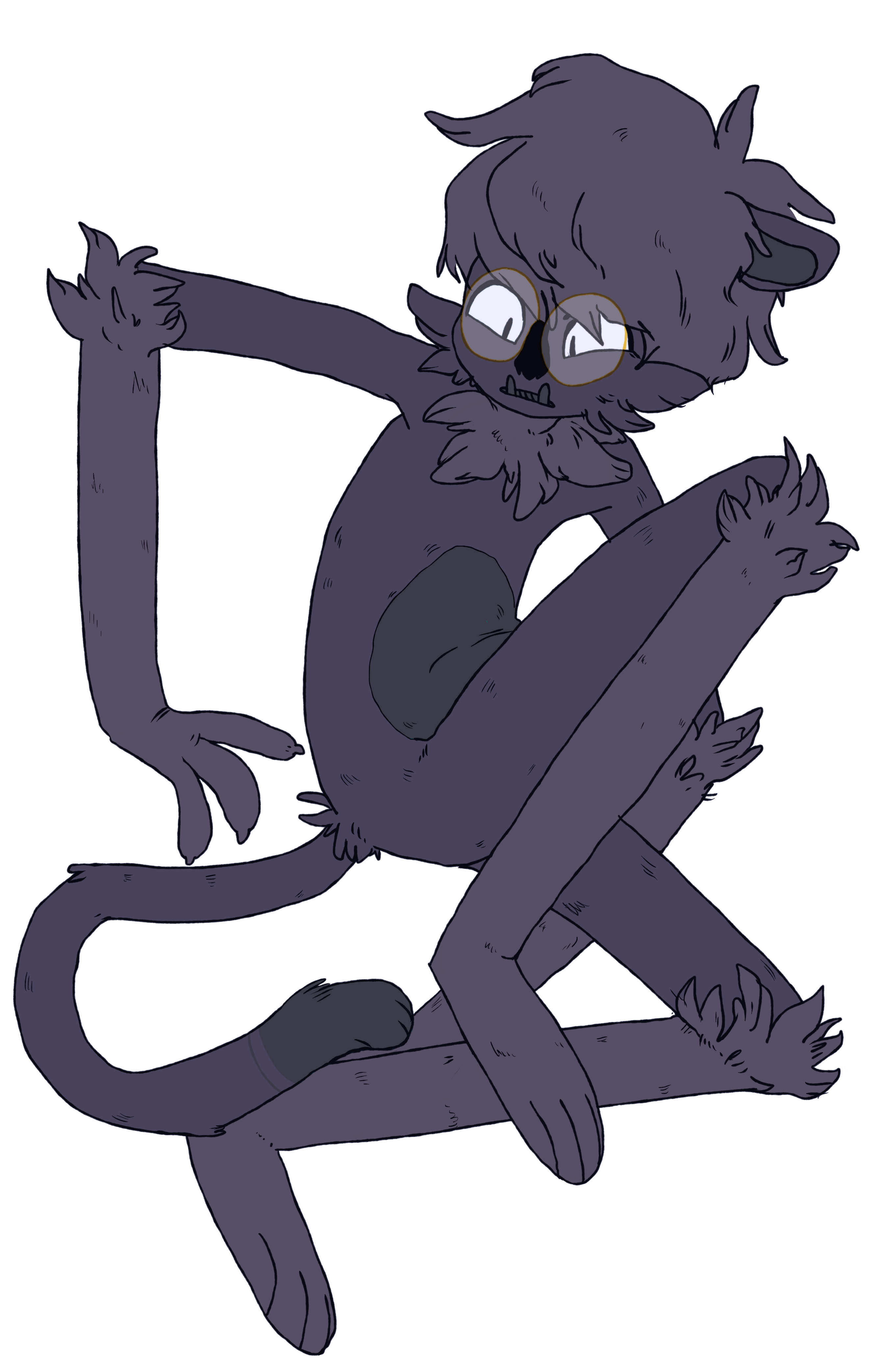 biology: Forest Hircwn are typically much smaller than other types, with longer limbs in relation to their torsos. Their manes are smaller, and their eyes bigger. They are specialised for living amongst the trees, and are omnivores similar to their coastal, plains, and mountain counterparts, with less need for meat. They typically reach around five feet at their tallest, with the average height being around 4'2-4'6. Their smaller frame gives them an advantage in speed and agility as opposed to the physical strength of other types of Hircwn, though their strength is still greater than that of a human, which incidentally would make for easy prey for them.

Their colours are typically light and desaturated, leaning more towards cooler tones.

Their temperament is more tame than other subspecies, slow to anger and more willing to use words to de-escalate a situation, but in situations that words won't suffice, they are not hesitant to attack anything bigger than them with all they have. This often saves them, as bigger foes are scared off by their bravery.

society: Forest Hircwn are less combat-oriented than others, and tend to live quieter, more secluded lives. Their villages are smaller, more tight-knit clans, with their housing being built in the treetops, though there are villages known to be situated on the forest floor amongst the denser foliage. Their merchants are geared towards herbs and medicines gathered from their surroundings. Snake oil salesmen are very common amongst Forest Hircwn merchants, though not all their medicines are useless. Forest Hircwn are known for their intelligence and habit of documenting and hoarding information, with most of the history of Hircwn as a whole being written and documented by a Forest Hircwn.

Forest Hircwn are closer to Fae and Oni, keeping the creatures at arm's length but remaining on amicable terms. Hircwn closer to the bigger cities see this as odd, as Fae are seen as low-level angels and so avoided out of fear.